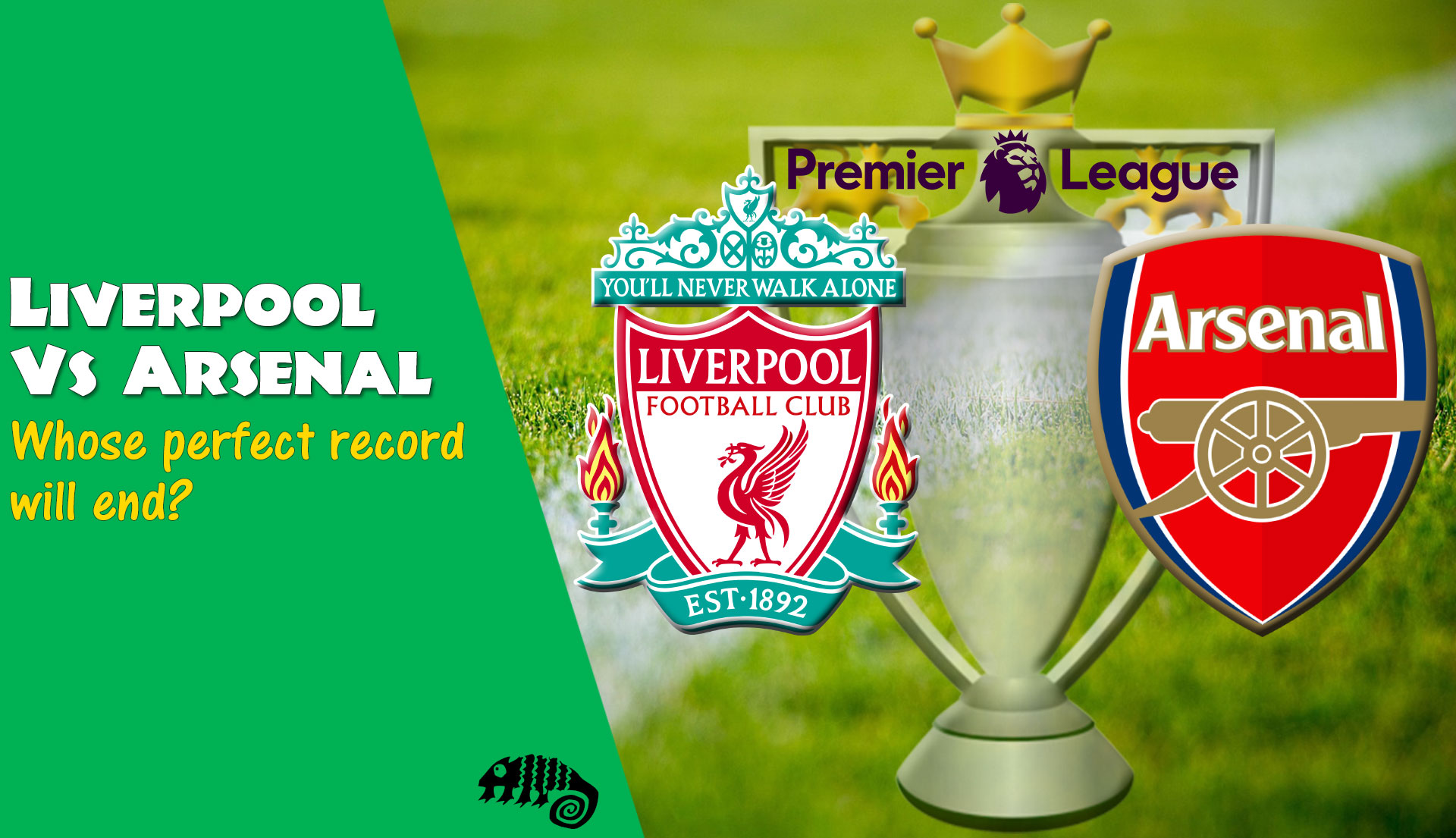 Liverpool will welcome Arsenal to Anfield on Saturday’s late afternoon game in the English Premier League. These are the only 2 teams left in the premiership this season with 100% records after two games. Read on for our free correct score predictions and betting tips.

Jurgen Klopp’s men are one of the most fearsome attacking sides in European football. They have more than enough firepower to get stuck into an Arsenal defence that still looks vulnerable. Therefore, we recommend chancing a bet on Liverpool scoring over 2.5 goals at 9/7.

The Reds aim to build on back-to-back wins over the likes of Norwich City and Southampton and the title-chasing team are likely to stick to their attacking style of play. Sadio Mane started his golden boot quest in the 2-1 win at Southampton, so Arsenal’s defence will need to try to keep him at bay.

Both Liverpool and Arsenal fans still have love for Alex Oxlade-Chamberlain, although Arsenal fans would probably prefer that the England international had stayed with them, but there’s still a lot of good feeling towards him from his time as a Gooner. Liverpool fans are yet to see the best of The Ox largely due to a knee injury that kept him out for 16 months. He’s been warmly welcomed back and is set to play a considerable role in the first team as Klopp rotates his squad.

The Reds are still without goalkeeper Alisson, out to a calf injury, and his stand-in Adrian does seem a little shaky making a big error in last weekend’s 2-1 win at Southampton, which was a better result than it looks since Liverpool had only just returned home from winning the UEFA Super Cup.

With Sadio Mane, Roberto Fermino and Mo Salah as their strike force, I can only see the Reds getting three points in this match. The highest odds we can find that the bookies are offering for liverpool to win is 1/2 and for both teams to score and Liverpool to win is at 8/5. For a quick return you can have Mane or Salah to score currently at evens. As both teams have the ability to score, we recommend a correct score bet of Liverpool 3-1 Arsenal at 10/1.

Unai Emery will hope to have Granit Xhaka available for Saturday’s trip to Anfield. Joe Willock and Reiss Nelson have been surprise starters in Arsenal’s first two league matches, but both youngsters may have to make way for more experienced players in this game.

Arsenal only won by a one-goal margin away to Newcastle and at home to Burnley, but their new signings Dani Ceballos and Nicolas Pepe are starting to settle in and show what they are capable of. Ceballos in particular was very active against the Clarets last weekend, grabbing his first assist on loan from Real Madrid, and there is no question this looks a much more functional Gunners side than the one that lost 5-1 at this venue last season.

Even though they have won both their games so far, Liverpool have gotten off to a bit of a slow start, which will probably improve as the season progresses, but this could be a good time for Arsenal to visit Anfield, with Alisson out and the defence not fully up to speed, they have a chance of returning home with a win.

Looking at how Arsenal have performed in their last two games, there is an improve from their performances at the end of last season. As they are not the bookie’s fav, we have found odds of 11/2 for Arsenal to win. If you feel that Arsenal could do it then good odds worth trying is for both teams to score and Arsenal to win at 15/2, while we recommend a bet on Pierre Emerick Aubameyang to score in the first half of the game at 4/1.

Check out some of our top bookmakers for these bets and more including some great Acca offers*:

Please note that prices/odds may vary at any time, always check the odds that your bookmaker is offering before placing a bet.