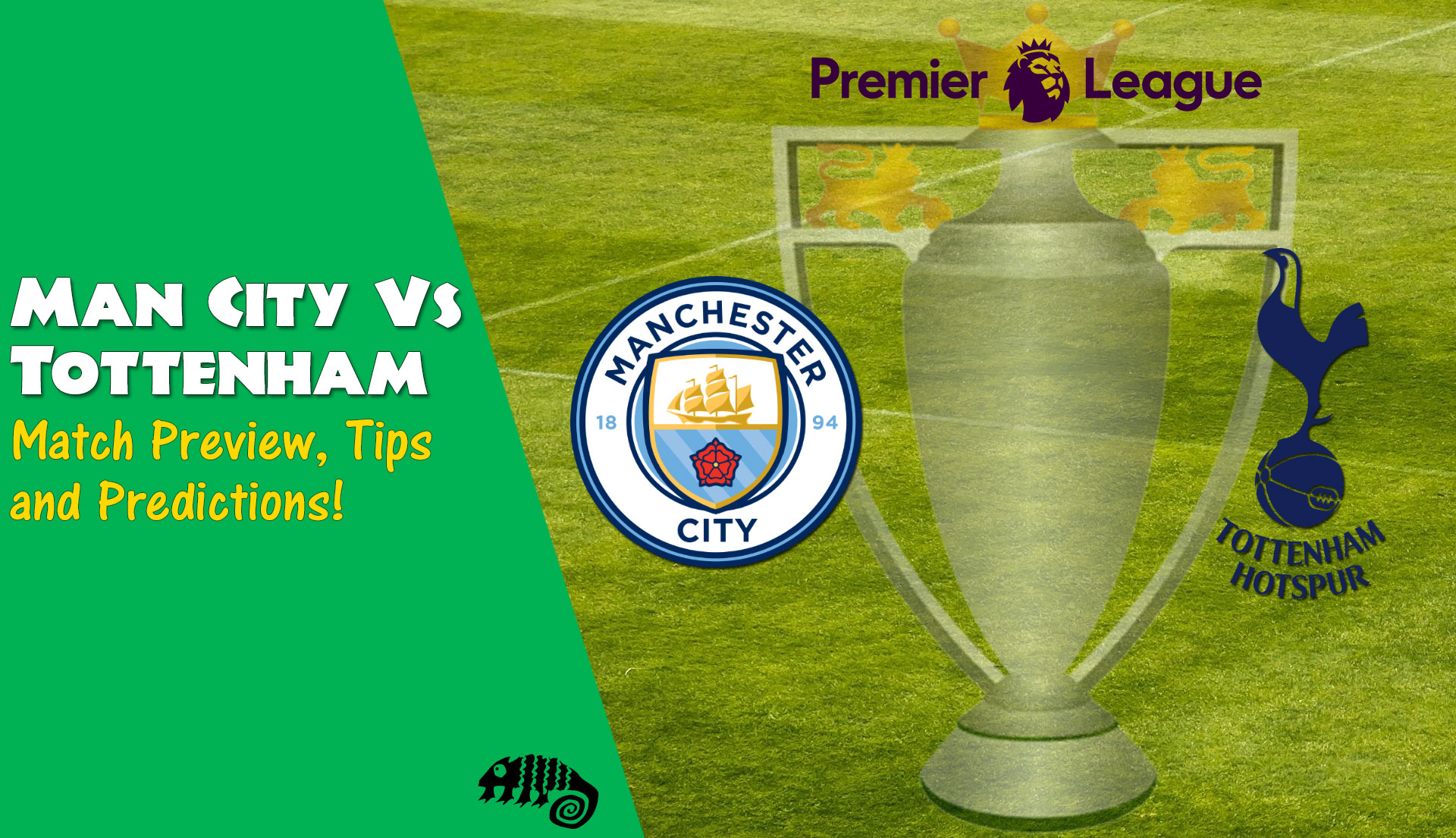 Now that the English Premier League is underway, we look forward to Saturday evening’s top 6 clash between Manchester City, who are in defence of their Premier League trophy and Tottenham Hotspur, desperately looking for silverware, at the Etihad.

Manchester City were under the pressure of expectation last Saturday when they travelled to the London Stadium to open their campaign against West Ham. The Premier League champions had seen challengers Liverpool thrash Norwich 4-1 the evening before, but Pep Guardiola’s side stepped up to the mark with a brilliant performance against the hammers. Raheem Sterling’s hat-trick helped The Citizens to a 5-0 win, instantly putting them at the top of the table and getting their campaign off and running this Season.

Manchester City have a great starting squad this season again and they will be ready to battle with Spurs. It’s no surprise that they are the bookies favourite team to claim the three points in their first home game of the season, Pep’s side are not easy to beat at their own stadium and they have already started their run of the season with high scoring motion, something they enjoy doing in every game.

Looking at how both sides performed in their first game of the season, Man City have showed their usual form of scoring for fun, and even though Spurs have a good striking team, they found it hard to find the back of the net for most of the villa game, they can score if the right assists are given. Therefore it could be a high scoring game, the odds for City to win is 7/20 and Raheem Sterling to score 2 or more goals anytime are at enhance odds of 11/2, while both teams to score and City to win is 6/4.

Tottenham weren’t quite so convincing as Man City in their opener at home to Aston Villa. In fact, they were trailing that game for over an hour before Tanguy NDombele’s stunning debut equaliser, and a quick response from Harry Kane was enough for them to snatch victory from the jaws of defeat.

Nevertheless, there were some worrying signs for Mauricio Pocchettino. Spurs were really not doing well in the first half of that match, and they only really came alive when Christian Eriksen was introduced. The fact that the Danish playmaker is pushing for a move to Spain will have a big affect on the Spurs team

This match against City on Saturday, 17th August at the Etihad Stadium will be a very tough one, Spurs is a very good team with great players. Harry Kane, Dele Ali and Lucas Morra will be ready to show their talent and with the help of the new signing striker, Tanguy Ndombele, they will believe that they have a chance of getting three points out in the game. The odds for Tottenham to win is 15/2 and enhanced odds of 8/1 for Harry Kane to score in the first half of the game. If you are looking for huge payout then a bet worth trying is 2-3 correct score for Spurs at the odds of 50/1.

Check out the current odds on Manchester City vs Tottenham Hotspur in the English Premier League at: