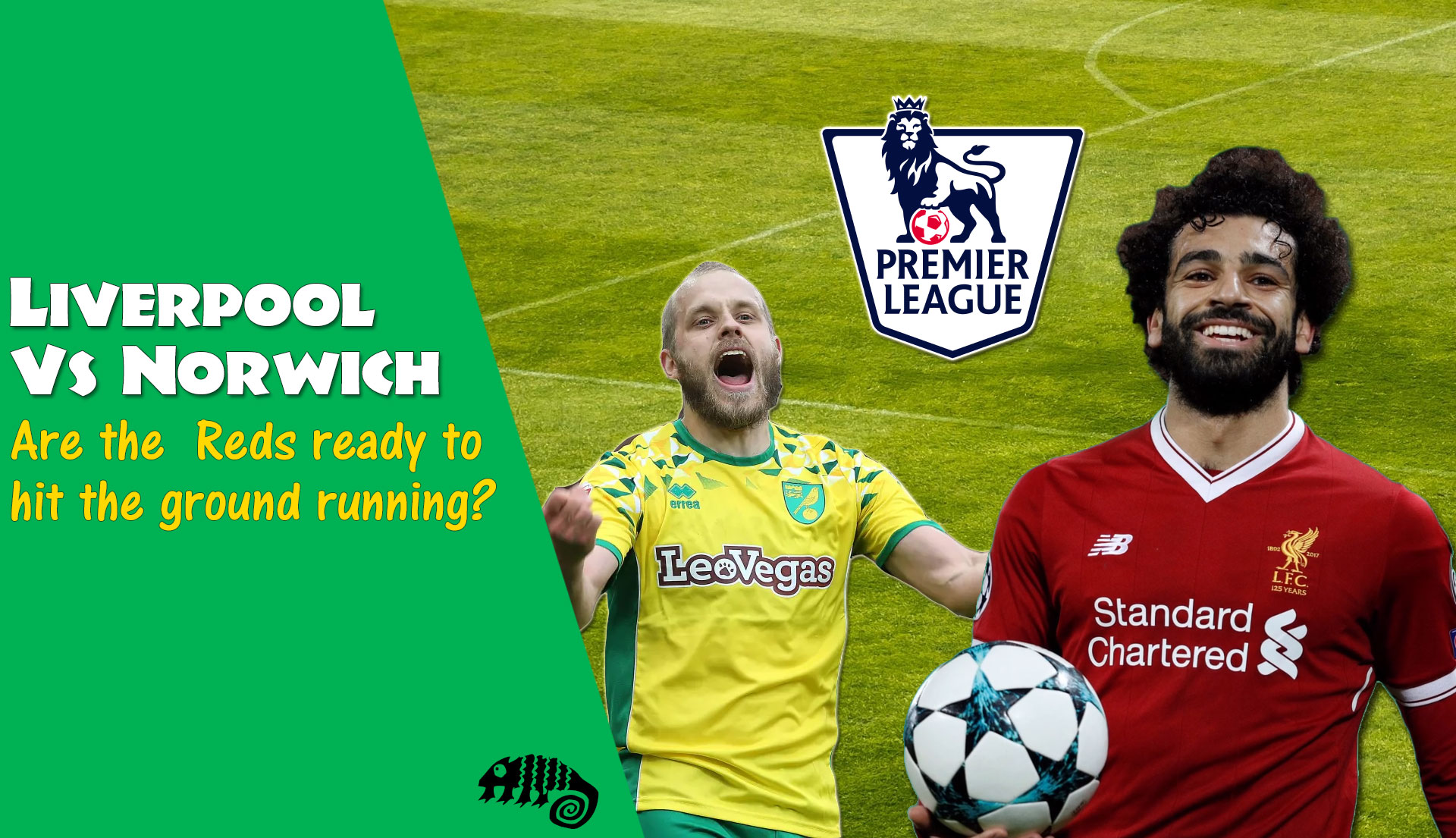 Anfield will host the first 2019/2020 Premier League game of the season when Liverpool entertain promoted side Norwich City on Friday 9th of August.

Liverpool know their quest for a first Premier League triumph since 1990 has to get off to a flying start and that is not good news for the newly promoted Norwich City. The Reds came brilliantly close to ending their title battle last Season with just 1 point behind the champions Manchester City and were unbeaten at home in Anfield last Season in this competition with 11 of their 17 victories achieved without conceding.

Klopp seems content to rely on the same star players, with Alisson, Virgil Van Dijk, Sadio Mane, Mohamed Salah and Roberto Firmino again forming a strong spine. Liverpool have not made any major signings yet, however klopp already has a strong teams are already. Liverpool are the bookies favourite team to claim the 3 points at home with odds at 3/20, however this could well be a high scoring game so we’ve got a good value bet at 13/8 for match result and both teams to score at William Hill.

Even though Norwich are back in the Premiership after a 3 season gap, they are not accustomed to losing themselves, having gone unbeaten in their last 14 Championship games, helping them top the table by five points and lift the cup.

The Canaries play the kind of football which should serve them well at a higher level and their 30-goal striker Teemu Pukki will take chances if given the right Assist.

City can take heart from their exploits against Liverpool when they were last in the Premier League, drawing 1-1 at Anfield before losing 5-4 at Carrow Road. They will be looking to start their new premiership campaign the way they finished in last year’s championship – winning! The odds are against them to win, but we’ve got some good value bets if you want to support Norwich, you can get odds of 10/3 for them to score in the first half of the 90 minutes and one last tip is for there to be over 2.5 goals in total at 13/8.

Please note odds may vary, check with the bookies for updated odds: