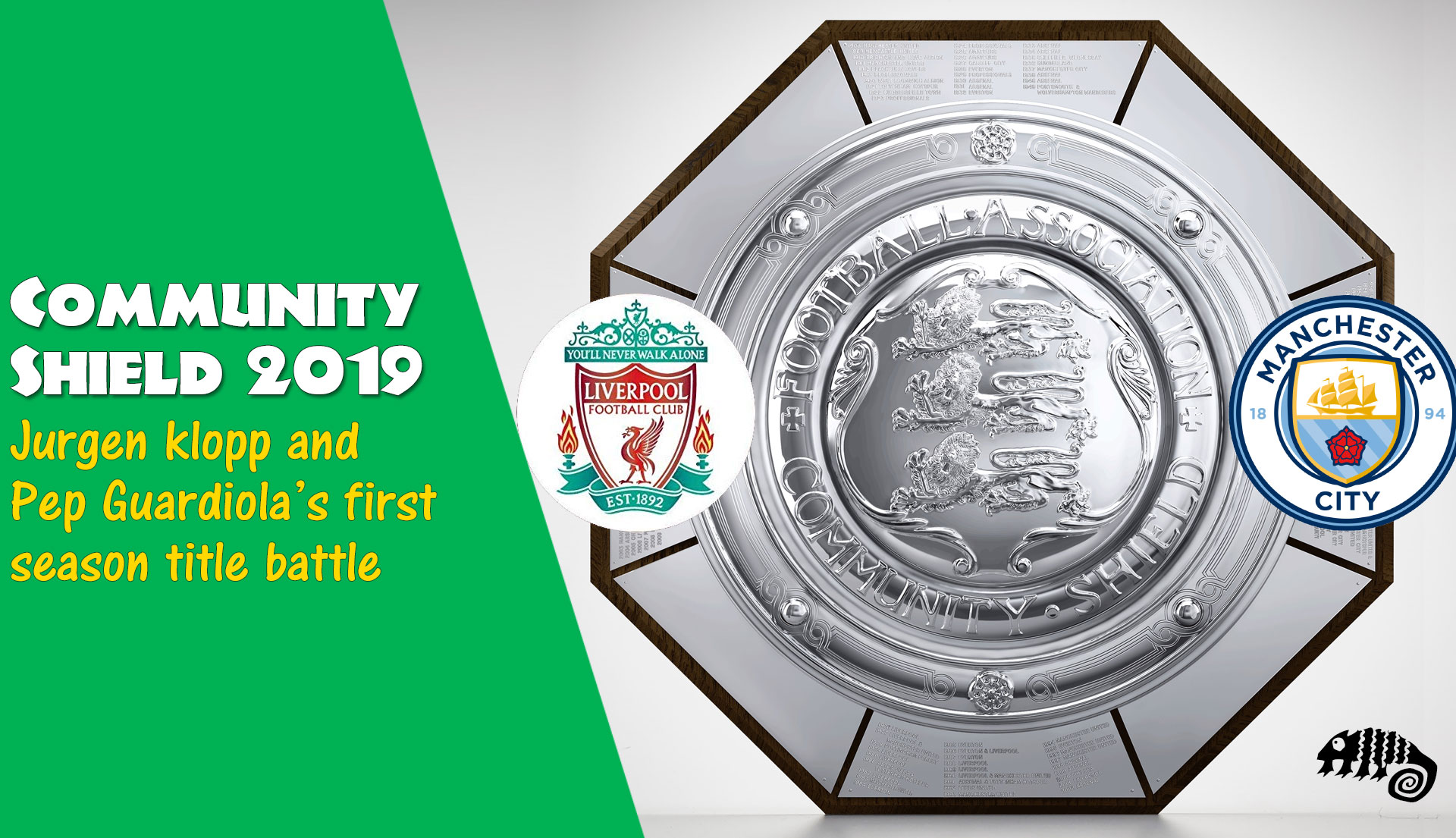 Liverpool will be looking to put an end to Manchester City’s dominance in the English league when these two great teams face each other at Wembley Stadium in the 2019 Community Shield on Sunday 4th August. Liverpool were pipped at the post by only 1 point in last season’s premiership title and based on City’s pre-season performances where they seem to be scoring for fun, it looks likely that City will be able to pip the reds to the post once again for the first cup of the 2019 season.

Even though Manchester City did remarkably to win the double last season, we all know that Pep Guardiola wants to win everything, and we are positive he has instilled this into his team of star players who are going to leave their hearts on the field in Sunday’s showdown. But no less should be expected from Klopp and his men.

The UEFA Champions League winners, won the cup with the help of Divock Origi, who also impressed in the 2018/2019 Champions League quarter-finals game against Barcelona, and is widely expected to replace Sadio Mane in the starting 11, since Mane has only just returned back from the African Cup of Nations after helping Senegal to win the silver medal at the tournament in Egypt. Jurgen Klopp has decided to give the attacker a well-deserved rest and is likely to be left out of Sunday’s game.

Our Betting Tips for Liverpool vs Manchester City

As previously mentioned, Liverpool coach Jurgen Klopp will not count on Sadio Mane in Sunday’s encounter at Wembley Stadium and it is no wonder Manchester City are seen as favourites to win the 2019 Community Shield. The Citizens won the double last season and are determined to extend their winning run.

Even though City will be without Kun Aguero and Gabriel Jesus, Pep Guardiola has a wealth of top-class players to choose from and could be just too strong for the mane-less Liverpool team. Our tip for the outright winner is Manchester City who are 10/11 to defend the title. City are definitely the bookies favourites to win so if you are a Liverpool fan then it’s worth having a punt with odds of 14/5, however if you are looking for a value bet then Divock Origi or Mo Salah as the first goal scorer will give you odds of 11/2!

Check out the betting for the game now at William Hill.

Please not that odds may vary.